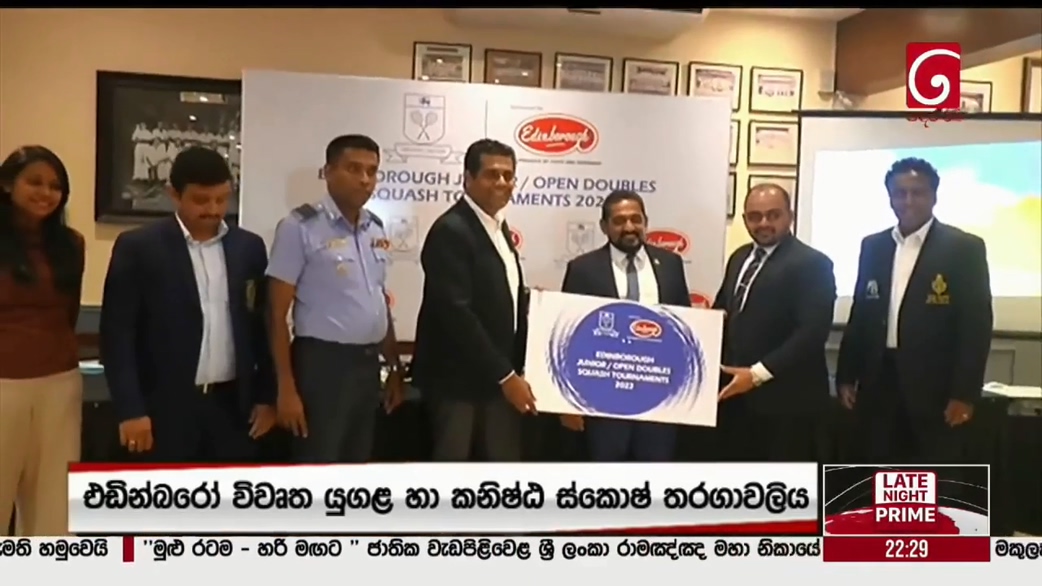 Sri Lankan squash has received a major boost with Edinborough Products (Pvt) Ltd. The leading Sri Lankan food manufacturing company coming forward to sponsor Sri Lanka's first Open Doubles tournament. The junior squash action is also in action with Edinborough sponsoring the Junior Open tournament alongside the Doubles tournament. This partnership has been the first major foray of Edinborough Products to uplift sports in Sri Lanka. This excellent gesture of support by Edinborough is ample testimony to its commitment to promoting squash in the country in partnership with the national body Sri Lanka Squash.

This Junior tournament will feature boys and girls in age groups Under 9, 11, 13, 15, 17, and 19  and all top-ranked Men and Women are expected to take part in the first Sri Lankan Open Doubles tournament which is comprised of Men’s Double, Women’s Double and Mix Double.

The finals are scheduled to take place on 3rd April (4 pm onwards) at the Army Squash Complex, Engineer Park, Mathegoda, and the Championship awards ceremony will take place soon after.

Mr. R.P.M. Zalmy, Managing Director from Edinborough Products (Pvt) Ltd says “We at Edinborough came forward to support the sport Squash at junior level as we believe that any developing sport needs to be supported at the very junior levels. Also, this particular sport is still not very popular in Sri Lanka. Therefore, not many brands would want to support considering the low level of publicity as against the cost. Edinborough is proud to partner with "Edinborough Open Doubles & Junior Squash Tournaments 2022".

“I am delighted to have Edinborough on board our journey as a partner to promote the sport in Sri Lanka, especially among the youth, and this is a long-term plan than a short-term one. Added Suren Kohombange, President Sri Lanka Squash.

Sri Lanka squash is on a major drive promoting uplifting the sport with its players making inroads in the PSA (Professional Squash Association) leagues and also the sport has been actively promoted at the junior level in the regional areas with pathway programs.

The Tournament will be conducted by adhering to the safety and health guideline for COVID 19.